We left UB Guesthouse before 8am and enjoyed a relatively traffic and stress free ride out of the city. We were carrying about 30 litres of water (including 3 litres of milk) between us and food for about five days. The amount of food was a compromise between the village of Maant being about 3 days ride away, and the fact that it might not have a shop. It was a clear sunny day but the temperature was -1°C. After 15km we stopped at the edge of the city in a cafe for a second breakfast of goulash and milky tea.

The first challenge was to know where to turn off the asphalt road and head off on dirt tracks towards Maant. We had been told there was a proper road under construction from a town called Nalaik near Ulaan Baatar to Maant, but we thought a half-built road would be worse than a dirt track, and anyway the dirt track route was more direct. Careful counting of the kilometers and examination of our map resulted in us taking the right turning. Basically all we had to do was head towards and then along the railway, there were lots of tracks so it wasn't hard to find one going the right way.

Over a hill and we met the part built main road. Here we also saw a water tanker being filled from a borehole, so we needn't have carried all that water...

The track was good, not too sandy or bumpy and we climbed upwards towards the only significant pass of the route.

Traffic was very light with the exception of this convoy of Chinese trucks:

Next day we came to a village near Maant, where we bought some food and filled all our water containers. We didn't know for sure if we would find any more water before Choyr so we left the village with 42 litres! Needless to say the next day we passed a well, a borehole and a small hamlet that must have had water. The wind was howling and the village was full of blowing dust. Seeking shelter we camped in the disused end of an opencast coal mine. When it got dark we could see glowing red patches in the quarry some distance away. In the morning we investigated and found areas where the coal had ignited under ground and smoke was coming up.

The following day we made a bit of a detour because we decided to follow the route marked on our map, rather than simply sticking with the railway. After 15km we met some locals who told us the best way to Choyr was along the railway so we headed west on the next track we found going that way (there were tracks going all over the place) and were soon back by the railway and the part-built new road. On the way we passed a quarry and the workforce all came to say hello and see who we were. I thought it was a bit odd how most of them squatted in three neat rows staring at us, while a few others including some in uniform actually talked to us (and gave us some tea!). Further on we came to what was clearly a prison and it all made sense.

For the next three days we were working against the wind. It was a bit warmer (as much as 5°C during the day) which helped because much of our water had frozen. Here we are camped on the steppe as the sun sets:

About 60km north of Choyr we passed a broken down truck. A woman and two men were there trying to mend it. The woman spoke a little English and was keen to practise so in a mixture of English and Mongolian we discovered that they had been there all night. The men had the cylinder head off and there was oil everywhere. Luckily there was a railway hamlet not far away so they could get water but I hope they had some food. We gave them some sweets to bolster morale!

Six days from Ulaan Baatar we rolled into Choyr, a desolate town with rather grim outskirts patrolled by loose dogs. But the hotel by the station was warm and welcoming and it was great to be able to wash the dust out of hair and clothes! This is the town's centrepiece, a dilapidated statue of a cosmonaut:

I (Ju), was bitten on the bum by a dog here. He was tied, but I did not see him until it was too late. Luckily his lunge at me sent me flying out of range, otherwise he would have savaged me further. I am looking forward to the opportunity for revenge on the cannine species as I am told dog will be on the menu in China. 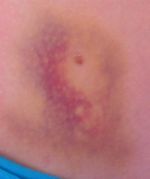